EstimatorXpress 2017- the best estimating software 2016 has just got better.

Officially the best estimating software 2016 – EstimatorXpress has just got even better with a new 2017 release.

The UK’s leading estimating software for builders and developers has recently been voted ‘the best estimation software 2016’ by Corporate Vision in their Technology Innovator Awards but as the forward thinking company we are, HBXL are already looking ahead to 2017! Plus, this all comes only months after the improvements and additions added in the EstimatorXpress Summer Update. This is because HBXL Building Software are committed to providing the most up to date and advanced software for our users, continually re-investing and listening to our users’ requests and improvement suggestions.

The best support for the best software.

Our Support and Updates is unrivalled and an absolute bargain when you realise how much work goes into keeping our software the best on the market- not to mention all the support you get from our amazing Support Team Super heroes! If your Support and Updates is out of date, make sure you sort in time for the EstimatorXpress 2017 release here (or by calling 0117 9167892).

Play to your strengths – speed and detail.

With the speed to produce professional estimates and the level of detail in the quotes being two massive factors in why EstimatorXpress has been given the status of best estimating software on the market, we have looked to further improve the time it takes to produce estimates and quotes without losing this detail. 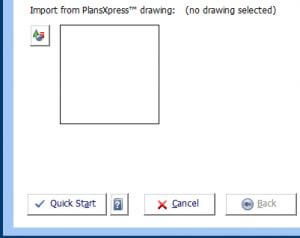 In order to speed up estimating time whilst retaining detail we have amended our exclusive New Estimate Wizards which has now been truncated to allow users to ‘fast-track’ straight to estimating, making the general use even faster and even more user friendly. The software now also remembers which Specification, Group of Workbooks and even build programme chart you like to use when you’re estimating for a ‘house’ or ‘extension’ for example and will stop you having to re-select them each time.

Additionally, it will remember your favourite Price Book and Mini-Specs and select these by default on all new jobs – so the software is more intelligent and learning how you like to use it to save you even more time in the future.

The improvement to the Estimate Wizard is also aimed at letting users set things up when they’re ready to i.e. you can chose when you want to review profit and enter a customer’s details – for example you might want to set your Profit level when you’re deciding what price you want to come in at & customer details only when you’re ready to produce a quote.

We have also increased usability by adding a new ribbon feature to the top of the screen for easier navigation to all the estimating workbooks that make EstimatorXpress so fast and accurate. Once you’re done in one Workbook you can easily get started with the next Workbook with a single click on the ribbon. This usability addition has the ability to transform how you use the software. This also brings in a common interface from PlansXpress to further improve the ease of using the combination of EstimatorXpress and PlansXpress to create a design and build process (which we call 3D Visual Estimating).

In line with the two usability and efficiency improvements mentioned above, when you’re going into a new Workbook (estimating calculator) you can now skip the Workbook Summary screen
completely with automatic naming of worksheets (so you don’t have to give it a name and type in a location each time). Used in conjunction with the New Estimating Ribbon, users will be able to get straight into the dimensions wizard for even quicker access to estimating.

Ask and you shall receive.

This all comes through listening to what our users have requested and suggested as possible improvements given in annual user surveys and user satisfaction rating opportunities after each Support query resolution. Also in line with this speed enhancing thinking, EstimatorXpress 2017 now has added features such as default naming of worksheets and descriptions so that the builder users can complete estimates faster yet again and with even less effort on their part.

If you have any suggestions on ways we can further improve the best estimation software, we’d love to hear them! Send us an email to support@hbxl.co.uk and you could see your suggestion in the next update.

Want to know more about the latest release? Fill in your details and speak to one of the team.

Do you think in money? Try the Return on Investment Calculator.

Follow this link to try our ROI Calculator and see exactly what your building firms return on investment could be by quickly filling in some details on how long you spend estimating and how you value your time. The figures will amaze you! 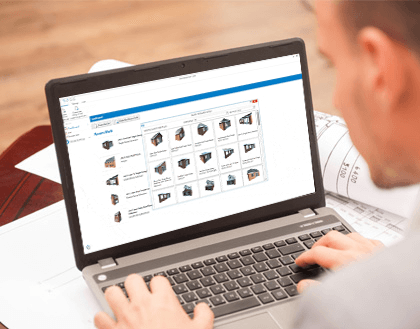