See what you're missing from EstimatorXpress

Times are a changin' - it's been a while since your software was updated. See the changes you're missing out on since your version of EstimatorXpress.

It has come to our attention that your version of EstimatorXpress is out of date and as a result your prices may be wrong! Not only this but you are also missing out on all the improvements we have made since you originally bought the software, and that’s a lot of changes! Below we have compiled a quick fire list of what’s new in the versions you’ve missed out on (and therefore what advantages the competition has over you!). Read on to get back up to speed…

Click on the version you are on, to jump to all the sections that apply to you:

If you are running: 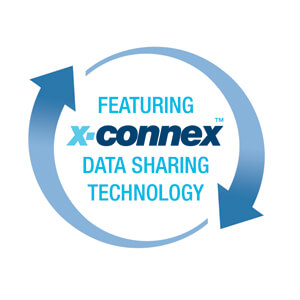 A significant improvement from version 6 to 7 was the new ‘Price Tracker’ technology that links the latest materials prices and the ability to choose to link with merchants price catalogues like Jewson, Graham, TradePoint or Travis Perkins.

Version 6 users will also be missing out on the software connectivity facility we introduced called X-Connex. This integrated EstimatorXpress with PlansXpress, Health & Safety Xpert, ContractsXpert and subsequently ProjectXpert, meaning you could now enter details once and import the same data into any of the other packages. Users can automatically produce estimates, quotes, build programmes, management docs, build contracts and H&S docs documents straight from the building plans. Anyone of any technological ability can turn their building firm into a ‘design & build’ company. This unique integration is something that still separates HBXL Building Software from the competition.

On top of this there was the addition of 52 new estimating calculators, timber frame and loft pack and usability features like search facility for Workbooks in Wizards.

In version 8, we introduced compatibility with 64 bit Windows and with Office 2010 (which again demonstrates how old your software is if you are still running version 8 or lower). We added more merchant links based on the popularity of this addition in version 7 and users requests for their favourite merchants. On top of this we added numerous new workbooks, new features such as mass editing tool, enhanced job sorting and made numerous visual enhancements.

If you are still working with EstimatorXpress 8.5 or lower, not only will all your prices be several years out of date, requiring manual updating or producing inaccurate estimates, but you will also not be benefiting from a multitude of improvements. This version saw the introduction of Windows Office 2013 and PlansXpress version 4 compatibility. We also added a new lintel review tool, part L build regulations update, added workbooks, new features and mini specs for brick and roof tile picking as well as speed improvements and general bug fixes.

There were big changes in EstimatorXpress 2015 including the new partnership with Crystal Direct PVC-U providers which brought an extensive library of over 7,000 PVC-U products. This also came with an improved selection process for PVC-U Windows and Doors to meet the new real catalogue. As well as this there was the introduction of a new main menu, speed improvements, Windows Office 2016 compatibility plus a host of new mini specs including bargeboard and fascia.

Due to increased flooding in the past years, the government is now pushing the importance of drainage with councils increasing their scrutiny of SUDS compliance. To help builders with this we created three new drainage workbooks. Councils are also reportedly insisting projects to use sewage treatment plants instead of septic tanks so we created two universal sewage treatment plant calculators and a new sewage pump workbook to the meet changes.

On top of these market-led additions we split up the demolition build phase into two new build phases; internal preparation and external preparation to increase the level of detail in quotes, the ability to remove all decoration costings in one click with the no decoration mini spec and improved the connectivity with Health & Safety Xpert saving more time on producing health and safety documents.

The latest improvements to the software involve even less time taken to get to estimating and further improved ease of use. Firstly, a new navigation menu bar allows for even easier access and quick navigation between workbooks. Secondly, the New Estimating Wizard remembers preferences and pre-populates to save users time estimating on subsequent estimates – very useful for companies that often have similar jobs! Finally, we’ve added yet another automated ability to further reduce the effort and typing required by builders with automatically named workbooks and worksheets, saving builders and developers even more time spent estimating.

For the month of October only, get up to date for the cost of a renewal instead of an upgrade. So you’re paying just £179+VAT compared to the RRP of £398+VAT for an upgrade – saving you £219!

To take advantage of this offer, please give the Accounts Management Team a call on 0117 916 7892 or buy online here.

Alternatively, fill in the form below and a member of the team will call you back!

What are the Building Regulation changes in 2022?

Who knew software could get you weekends away?