Builders are being warned that the six-month ‘grace’ period has expired following the introduction of the revised Construction Design Management (CDM) 2015 regulations.

The new rules came into force on 6 April 2015 and brought a raft of new measures designed to improve health and safety on site.

Including a host of changes, those hoping that they could continue to use this buffer period to avoid full implementation of the new rules now need to make sure they fully understand what the new regulations mean for them and what they need to do to comply.

When introduced, the first main change was that the CDM Co-ordinator (or CDMC) role under CDM 2007 was replaced by Principal Designer (PD). 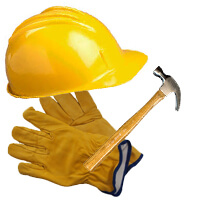 This particular change has however raised a large number of queries and in particularly questions about who can carry out the role of the PD.

According to Dave Price, independent health and safety consultant, the PD must be a designer, architect, consulting engineer, a quantity surveyor or anyone who specifies and alters designs as part of their work.

The PD can also be clients, contractors and tradespeople if they carry out design work or arrange for, or instruct persons under their control to do so. They must also have the right mix of skills, knowledge and experience to carry out all the functions and responsibilities assigned to them.

One other new rule which raised a lot of eyebrows was the need to provide a construction phase plan for all projects.

Joanna Mulgrew, director at HBXL is now advising that builders who were using this six-month reprieve as a cushion against implementing in full the new CDM 2015 regulations, to make sure they are now fully up to speed or risk facing the scrutiny of the HSE, with possible fines, site shut down or even prosecution.

Joanna said: “Non-compliance really is non-negotiable as first and foremost it places undue risk on staff and members of the public.

“There is a common misperception on whether maintenance work or smaller jobs need a Construction Phase Health & Safety Plan (CPH & SP). The reality is under CDM 2015 every construction project should have one but proportionate to the risks involved.

“So whether you’re installing a bathroom, replacing a boiler, plastering a room, building a porch or an extension, an appropriate CPH & SP will be needed and Health & Safety Xpert can help draft this in no time.

“The vast majority of builders would have done this and put in place new work methods and systems to make sure they were compliant. However everyone has had long enough to put in place suitable arrangements in order to comply and the HSE will not take ignorance as an excuse because six months was ample time.”

With Dec 2014 / Jan 2015 Fee For Intervention invoices totalling £656,075.35 in the construction sector alone, the need for compliance couldn’t be more plain and is why Joanna suggests builders use HBXL’s Health & Safety Xpert to assist with compliance including the production of the Construction Phase Health & Safety Plan.

Those in charge of site health and safety then know they have the very latest paperwork to hand which can be printed off and placed in a file for all members of the team to read before they start on site.

Anyone who hasn’t read and signed the forms stating they fully understand their responsibilities should then not be allowed on site, making for a much safer workplace.

“Builders definitely don’t want to give HSE an excuse to start sniffing around as it could result in the worse-case scenario of a stint behind bars.”

Make sure that you don’t get caught out and invest in Health & Safety Xpert today.

HBXL have written a number of pieces about CDM 2015 – which you can find here, with additional links https://hbxl.co.uk/construction-design-management-2015/ and we have also produced a pdf guide (https://hbxl.co.uk/epics/HBXL-CDM-2015-Guide.pdf). You can also watch a video about how Health & Safety Xpert has compliance covered. (https://hbxl.co.uk/module-feature/take-the-pain-out-of-compliance-with-the-hse/)

So plenty to look at!

More than kick the tyres, you can put the software through its paces with one of our ‘test drives’.